A Cathedral Not Built 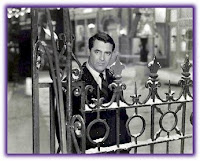 I'll bet I'm the last Episcopalian in the galaxy to see "The Bishop's Wife," Henry Koster's affectionate 1947 portrait of a bishop in New York whose family is crumbling around him while he builds his cathedral. All hail Netflex, which delivered this quintessential Christmas movie to our house just in time for the Sixth Sunday in Epiphany.

Cathedrals are great metaphors. In Ken Follett's Pillars of the Earth, a diligent monk's medieval cathedral project stands for civilization and and a just social order. When Cardinal Roger Mahoney opened his Cathedral of Our Lady of the Angels in Los Angeles in 2002, as glorious as it was in many respects, it was hard not to view it as an extravagant distraction in the light of the burgeoning scandal in the LA archdiocese over the cover-up of priests' sexual misconduct. Other Los Angelenos would have agreed with arch doyen Mrs. Hamilton in "The Bishop's Wife," who finally decides to give her $1 million to the poor.

By that time, the fictional New York cathedral is history, which means that the work of Dudley the angel (Cary Grant, who lobbied hard to get the part) is nearly done. That's Dudley above, in one of the movie's last scenes. He's effected a reconciliation between Bishop Henry Brougham (David Niven) and his wife, Julia (Loretta Young). He's inspired radical Professor Wutheridge (Monty Woolley) to start writing his history of the Roman Empire and go back to church. In a beautiful scene, Dudley conducts a boy's choir in a rough part of town with an expression of absolute transcendence on his face. Most of the boys were late showing up, but there's something about Dudley, and by the time they're done, they're singing like angels (which the young actors really did, as the Mitchell Boys Choir out of St. Brendan's Parish in LA; see their performance below).

Dudley even helped with my vicar's book corner at St. John's tomorrow morning. We're reading Rabbi Harold Kushner's The Lord Is My Shepherd, about the 23rd Psalm. In the movie, Dudley tells the Broughams' daughter Debby (Karolyn Grimes) the story of David, a young shepherd and poet whom an angel showed how to find a lost sheep and defeat a ravenous lion. So inspired was the future king by his busy and productive day, Dudley tells Debby, that he wrote a new song beginning, "The LORD is my shepherd; I shall not want." Not exactly the way the Oxford Bible Commentary tells the story, but a great way to start a Sunday morning class nonetheless.