In Need Of One Good Book 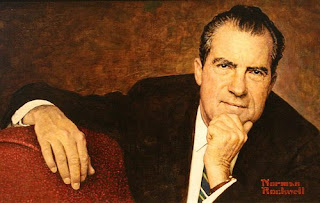 It's easy to understand people's revulsion at the racial and ethnic commentary on the newly opened Nixon White House tapes, especially the exchange between Richard Nixon and Henry Kissinger about a hypothetical Soviet holocaust against Jews. As his chief of staff, library director, and legal co-executor, I cringe myself.

That being said, during thousands of hours of conversations with me over a 15-year association, he rarely if ever talked this way. Even as a former president, he devoted most of his time and energy to substance -- articles, books, and speeches, as well as his voracious consumption of and commentary about political and policy news.

Having spent plenty of time with the Nixon tapes, my sense is that their 4,000 hours embody a comparable disproportion between substance and triviality. But today's snarling editorial in the New York Times goes out of its way not to take a balanced view. Again, anger about racism and anti-Semitism is understandable. But I'm sure the Times also realizes that Nixon was a serious person of considerable accomplishment whose legacy of foreign policy innovation and domestic pragmatism can still teach us a lot in our era of terrorist threats from abroad and ideological warfare at home.

But frankly, I really shouldn't be picking on the Times, which has been left a clear field. With the exception of the measured insider's perspective at Maarja Krusten's new NixoNARA, it's astonishing how few people have piped up for 37 since the new tapes were opened. Pleased finally to find some relatively friendly commentary about Nixon on another, unfamiliar blog the other day, I went to the home page and realized it was operated by white nationalists. The Nixon White House aides who have devoted so much effort to trying to block the Nixon library Watergate exhibit in which some of them play starring roles appear to have gone home for Christmas now that the tapes beg for friends and associates to stand up and say, "That's not the totality of the man I knew."

One Nixon family member who was especially prone to defeatism repeatedly expressed a fear to me that Nixon's reputation would never recover from the rancor of his times and racism on the tapes. With each new records opening, I can see why someone could feel that way. The Times notes the devastating irony of tapes Nixon thought would cement his reputation instead having the effect of cement wingtips, dragging his historical standing further down. Having helped negotiate a three-party settlement that envisioned all the tapes being opened by 2000, I regret that the National Archives has taken this long to open the whole collection. The library now says it will take until 2012. Scholars used to blame us Nixonites for holding up the tapes. But we waved the white flag in 1996. Why will historians have had to wait at least more 16 years?

And yet all is not lost. The Nixon Center in Washington continues to promote Nixon's living principles of enlightened national interest as the foundation of the U.S.'s role in a changing world. Not only the thousands of hours of opened tapes but all the records are finally housed or available at the Nixon library -- the richest presidential collection about one of the most momentous eras in modern history. Thanks to my elder daughter Valerie, last Monday I had dinner with a young scholar from Italy who's studying relations between the U.S. and Brazil during 1971-73. She said there were four other readers working at the library last week alone.

If Nixon were still here and I could call to buck him up, I'd actually be the first to mention the Jews. I'd remind him that they wandered in the wilderness for at least 40 years. I'd say, "Mr. President, you've still got a shot at the promised land. All you need is a few historians and biographers who are willing to take the sweet with the bitter. Just one good book from an independent voice: Manna from heaven."
By Fr. John at 5:27 PM

Hah, I hadn't read the editorial, although I usually read the Sunday papers closely. I've just been very busy today. Yeah, very disappointing editorial. I'll have to work that in to my own blog, as it fits with one of the themes I'll be addressing in the next few days.

Thanks for the nice mention of my blog! The reference to discovering a blog and white nationalists in the very next sentence was jarring, until I realized (not much of a segue), you weren't talking about my blog, LOL. I appreciate your including me on your blogroll and writing about my blog. Lots of mysteries there, which, once I realized the Nixon side had stopped being the major roadblock afte 1996, I've been trying to unravel.

MK: Good point on the segue. I think I fixed.

I'm with you about noting when I've made substantive changes in a post after initial publication, but I reserve the right quietly to make cosmetic fixes, such as this one. In fact, I usually catch 6-8 errors after I've initially posted a longer piece(somehow they're more obvious then), so I end up doing a bunch of frantic fixes.

Thanks, yes, that fixes it. I'm like you,I catch typos, syntax errors, all sorts of little things that I quietly fix. I only put in addendum notes if the fix is substantive. I've only done that a couple of times. Being a former archivist and an historians, there are areas where I'm all about version control,LOL. But so far I've mostly done cosmetic fixes! The only one I really struggled with was the one on my sister's death anniversary, there were various complications with that one and I finally just took it down and left the NARA Staff Bulletin up.