Bending Notes And The Constitution 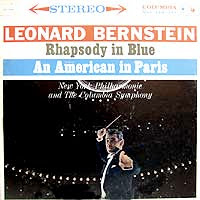 Before I was a frustrated pianist, I came to George Gershwin's thrilling jazz concerto, "Rhapsody in Blue," as an underachieving 11-year-old clarinetist. The piece begins with an almost impossible to believe two and a half-octave clarinet glissando blasting off from the F below middle C and bending slowly, in an aching blue note, toward a high B-flat. I can bend notes on an harmonica, but I never developed the embouchure of iron required to do it on the clarinet. I wish I'd practiced more.

I also wish I could say I'd heard it performed by my teacher, the Detroit Symphony Orchestra's first-chair clarinetist, Vincent Melidon, a buddy of my father the music critic. I still have the old B-flat Selmer Mr. Melidon sold my mother, but unfortunately the only thing that rubbed off on me was cork grease. Besides, if he ever played the Gershwin run during his DSO years, it probably wasn't on my instrument, since he would've used an A clarinet for his orchestral work.

Instead, I listened over and over again to the 1959 recording by the Columbia Symphony Orchestra conducted by Leonard Bernstein, who also played piano. And of course "Rhapsody" is all about the ivories, not the licorice stick. The story goes that Gershwin hadn't finished writing portions of the piece for its first performance, with a jazz band, in Boston in 1924, so he improvised. It's now a staple of the classical repertoire.

While the Bernstein performance will be in my head forever, I also love the two associated with Woody Allen's 1979 film "Manhattan," Gary Graffman's on the soundtrack album and Paul Jacobs' in the film itself. 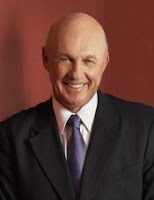 The movie's titles, featuring Jacobs' and conductor Zubin Mehta's "Rhapsody" plus black and white images of the streets of the city, Central Park, Yankee Stadium, and fireworks over the East River, are exquisite; pretty much the high point of the movie. You can also get performances of the piece for solo piano, including this one by French pianist Vera Tsybakov.

Gershwin said the work's rhythms were inspired by the clickety-clack of New York's subways and ELs. Thanks to a church friend, I had the chance to rhapsodize about "Rhapsody" to my Bronx-born wife, Kathy, before, during, and after a June performance by Orange County's Pacific Symphony and pianist Orion Weiss, whose rendering was as lyrical and modern as Bernstein's was muscularly classical.

Thumbing through the program before the concert, I was startled by another contrast, not between an old pianist and a young one but an old Nixon hand and his younger self. The program contained an interview with Nixon operative Larry Higby (above), now chairman of the Orange County Performing Arts Center, which includes the Pacific Symphony's home, the Renee and Henry Segerstrom Concert Hall. The article, which didn't mention Higby's Nixon service, contained this statement by the impresario:


The arts are for all of us. They enrich our lives and add meaning and dimension to our daily experiences.

True enough, now and in 1971, when Higby was adjutant to Richard Nixon's soon-to-be-disgraced chief of staff, H.R. Haldeman. But back then, in the midst of the Vietnam war, the only artistic meaning and dimension the White House cared about was whether the artist in question was pro or con. As documented in the Nixon library's new Watergate gallery and the on-line background available at the library's web site, Higby asked the FBI's J. Edgar Hoover to provide dirt about CBS's Daniel Schorr, participated in the notorious Jew-counting scandal, and facilitated the process by which counsel John Dean's enemies list made its way to a desk within a few feet of the Oval Office. Among other great and decent Americans enriching and adding meaning to our lives in that era and yet ending

up on the enemies list assembled for the president of the United States was none other than Leonard Bernstein.

In a thoughtful post earlier this summer at NixoNARA, historian Maarja Krusten reflected on Nixon and Haldeman's practice of hiring young men as aides. It was true that they were energetic and eager to please, and they looked good. Haldeman's acolytes have often made a fetish of looking well-dressed and clean cut (though the last time I met the desperately ailing Haldeman, on the streets of Santa Barbara, he told me cheerfully that he'd never wear a tie again). But as Krusten relates, they lacked wisdom, as younger people sometimes do. That was probably the way Nixon and Haldeman wanted it. You tell an ambitious young man in a free nation to sic a federal police agency on a journalist, and he may actually do it. Nixon knew that older advisers were more likely to push back. Nixon's advocates often say that the enemies list was de minimis because no one on the list had his taxes audited, as Nixon vowed to do. That may be because when Nixon's boys tried to line up the IRS to harass his enemies, they encountered a man, Treasury secretary George Shultz (shown with Nixon), who told them to pound sand.

I served former President Nixon and, at his direction, his estate and presidential library for nearly 30 years; Kathy equaled that, for a total of 60 between us. I was his chief of staff from 1984-90. I admired him for his peacemaking achievements and relentless diligence as an elder statesman. But even in those quieter years, he had his weaker moments. One morning, sitting opposite me in his office in 26 Federal Plaza in New York City, he ordered a little dirty trick. Angry at a prominent journalist, he told me to send the person an anonymous note saying that "we" knew something embarrassing. I didn't do it, and I hoped he wouldn't mention it again, which he didn't. If he had, I pray that I would've done the right thing.

Kathy, who succeeded me as Nixon's chief aide and was holding his hand when he died in 1994, also saved him from a humiliating crisis or two by saying no. It wasn't easy. Once, she reports, he was speechless with anger. She was afraid he was about to fire her. She's tougher than I am, and she held her ground. I can imagine it was a lot harder when Nixon was powerful and his young men wanted to keep their West Wing offices.

My apologies to Vincent Melidon for calling him "the late" in an earlier iteration of this post, and my thanks to his nurse, who corrected my error in a gracious comment.
By Fr. John at 4:00 PM 5 comments: