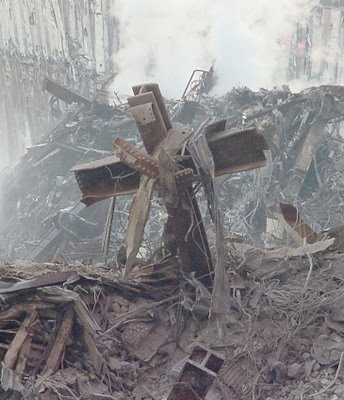 This seems as good an evening as any to call an Easter hiatus at The Episconixonian. The unread book pile is reaching alarming heights. Thanks to my readers! Back soon.
By Fr. John at 10:13 PM No comments:

The president began to tighten the noose around Osama bin Laden's neck in August. He managed the operation personally in a series of secret meetings. Nothing leaked. According to CNN, it was during last Friday's royal wedding that he gave the order for today's breathtaking raid. As he and his family were wandering around the Kennedy Space Center, young American volunteers under his command in Afghanistan were preparing to extend and flex the arm of justice.

Last week, it briefly appeared that Barack Obama had permitted Donald Trump a moment of parity by appearing in the White House to talk about his birth certificate as the bumptious tycoon gave a press conference in New Hampshire. How wrong I was. Tonight, as grateful crowds gathered at the White House and ground zero, as CNN replayed Obama's carefully nuanced address, words we'll remember every May Day for many years, Trump was starring with Meat Loaf on "Celebrity Apprentice."