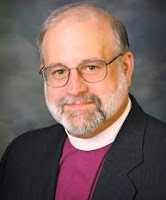 The church has been captive to the dominant culture, which has rewarded it with power, privilege and prestige for a long, long time. The Episcopal Church is now liberating itself from that, and as the author correctly notes, paying the price. I hardly see paying the price as what ails us. I see it as what it means to be a follower of Jesus.

Many years ago when I was a parish priest in Savannah, a local politician and disaffected Episcopalian began a conversation with me. In that case the subject was homosexuality. It could have been any of the things mentioned last week as our ailments. "I just think the church should not be governed by the culture," he said. I replied that I agreed with him, but that "I just hadn't noticed that the culture was all that hospitable toward gay people." He stammered. "Well, maybe not here in Georgia."

The Episcopal Church is on record as standing by those the culture marginalizes whether that be nonwhite people, female people or gay people. The author calls that political correctness hostile to tradition.

I call it profoundly countercultural but hardly untraditional. In fact, it is deeply true to the tradition of Jesus, Jesus who offended the "traditionalists" of his own day, Jesus who was known to associate with the less than desirable, Jesus who told his followers to seek him among the poor.

The bishop's argument is eloquent but a little off point. Back in Georgia, he delicately maneuvered his friend into admitting that their state was hostile to gays and lesbians. Since then, the U.S. public, led by our young people, has grown far more accepting. Americans' support for gay marriage appears to increase month to month. The elite culture, especially opinion leaders in the media and popular culture, is militantly hostile to homophobia, and rightly so. And though we haven't fully lived into the democratic imperative of honoring the dignity of each individual and offering opportunity to all, it's also an exaggeration to say that our society marginalizes ethnic minorities and women.

Anyway, in our common struggle for human dignity, it's hard to say who's governing whom. Church people have been part of all our great civil rights movements, as have the unchurched. In formalizing equity in law and canon, sometimes secular society has led the way, other times the church. Today, TEC and what Bishop Sauls calls the dominant culture (especially its judges, DAs, and civil rights divisions) are essentially synchronizing. 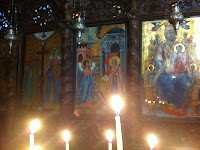 community -- left and right, progressive and conservative, gay- and women-friendly and not. One may assign the blame for our separations and schisms however one wishes. But a failure is a failure. Alienation is alienation. While we honor Christ by welcoming all into his body, there are members of the body we don't much care for. The left hand is often appalled by what the right hand is doing, and vice versa. Christianity is a divided house, and we may remember what our LORD said on that subject.

We're all hopeful that the mainline church's center of gravity is shifting to a place where it will attract those who would never have worshiped with us 30 years ago. But will the secular-minded elites who in all sincerity applaud our enlightenment on identity and gender actually come on Sunday morning to participate in our communities, in the sacraments, in practices and disciplines that call everyone, even the exceptionally enlightened, to humility, repentance, and amendment of life? We may say that it's all up to God. But unless they do come, we will also have also liberated ourselves from the imperative of evangelism.

The Episcopal Church is doing better than its critics claim. Many of our parishes and missions are thriving as inclusive, loving, service-driven communities. And yet I fear our secular political partners on a whole array of issues view us progressive Christian soldiers as objects of curiosity and sympathy as much as sources of inspiration. From a secular perspective, Christ's whole church appears to be diffuse in its core message, even dying, in large part as a result of its failure to transcend its internal tensions and contradictions and keep both left and right wings under the mighty shadow of our Creator and the abiding hope of the Resurrection. In the end, Jesus -- who loves unity as well as justice -- might not be quite as pleased with any of us as we may think.
By Fr. John at 4:53 PM

Excellent blog, John. I have a few points I'd like to add.

2. It is impossible to separate
Church from culture. It's like quantum physics, just the very act of existing interacts with the system and changes it. We can't separate from culture but we can actively work to fix what is wrong in the culture.

4. I agree with you that Jesus is not as pleased with us (and I include myself here) as we think. In his day Jesus socialized with outcasts (lepers), prostitutes, and the unpopular(tax collectors). Today I think Jesus would socialize with homeless people, drug addicts, gang members, gay people, and perhaps even members of the Tea Party.

I loved this post, because it sets aside the 'talking points' and emphasizes what I think is the main point.

I had a teacher who said he hated the word "balance" because "balance" denoted a stagnation, an inability to move, a refusal to press forward. He then went on to talk about how he preferred to see the "tension" between two points of view. Not "tension" as in bad feelings, but as in muscle tension. He said there had to be some give and take for movement to happen. I'd love to see discussion, dialogue and openness happen on this issue and many others, and then a realization that perfect agreement is not going to happen. There needs to be some diversity of opinion, or we never grow and change. However, there can be a definite process to the whole thing.

Thank you both for your comments!