That's Resurrection For You 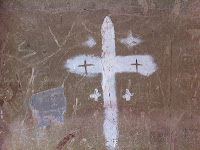 Reviewing Geza Vermes's new book about the early church, Rowan Williams argues that theologians, participants in ecumenical councils, and other architects of the church in its first three centuries weren't so much making it up as they went along as doing their best to describe the astonishing mystery of the Christ event:

Someone reading the convoluted texts of early Christian argument might well see them less as a series of baroque elaborations on a theoretical theme than as a series of attempts to capture an elusive but inescapable insight. Each effort generates more unfinished business; and the impetus is not to clarify ideas for their own sakes but to do justice to the sense that whatever Jesus introduces into the world is new and awkward enough to need a new vocabulary.