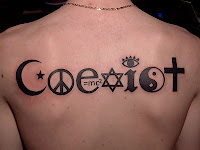 David Mason commits clarity on the relationship between the LDS and orthodox Christianity:

I want to be on record about this. I’m about as genuine a Mormon as you’ll find — a templegoer with a Utah pedigree and an administrative position in a congregation of the Church of Jesus Christ of Latter-day Saints. I am also emphatically not a Christian.

For the curious, the dispute can be reduced to Jesus. Mormons assert that because they believe Jesus is divine, they are Christians by default. Christians respond that because Mormons don’t believe — in accordance with the Nicene Creed promulgated in the fourth century — that Jesus is also the Father and the Holy Spirit, the Jesus that Mormons have in mind is someone else altogether. The Mormon reaction is incredulity. The Christian retort is exasperation. Rinse and repeat.

Leaving aside Mason's sloppiness about the nature of the Holy Trinity (in my Trinity Sunday sermon, I doubt I did much better), his point is akin to the question of whether Christians and Muslims worship the same God. Look at the Quran, and you might say the answer is yes, since Allah is described as the God of Abraham and the great prophet Jesus. Ask an orthodox Christian, and she might say no, since the Islamic God isn't the father of a risen savior whose sacrifice of himself once offered is sufficient for all the world's salvation and liberation and who shares indissolubly in God's nature (they are consubstantial, as Benedict XVI now insists that Roman Catholics say in the Nicene Creed). Islam has long since proclaimed its own conception of the Godhead and its teachings, completely separate from Jewish or Christian worship and practice, and Mormons, in their bid to be the fourth Abrahamic faith, are heading in the same direction.

Insisting they were just another Christian denomination helped protect Mormons from suspicion and persecution. Let's hope that motive for theological obfuscation is now inoperative. Permission to speak freely? Christians have an issue with many, or most -- heck, all -- of the claims in the Book of Mormon. And yet the revelation to Joseph Smith, on whom all depends for the LDS, is no more unsettling for the modern mind than the revelation to Muhammad or Jesus's bodily resurrection and ascent into heaven where he sitteth on the right hand of God the father, judging the quick and the dead.

Saying my miracle is real and yours a fable or fraud pretty much sums up interfaith dialog unless we look beyond insuperable doctrinal debates and decide that all people of faith will be judged not by what they believe but how they behave. But that's a difficult step in itself for those who've been taught that their salvation is absolutely contingent on belief. I can do it either if my belief is leavened by profound humility and just a bit of common sense (why did God put all those people in western China without any Episcopal churches?) or if I actually don't take my orthodoxy seriously -- if I'm an OINO (you figure it out!). The interfaith dilemma amounts to the struggle for real community among serious believers who locate in their doctrines, and hear echoing in their hearts, God's eternal summons to the faithful to promote wholeness for all God's creatures, both individually (each created being's divine right to be healed and whole) and corporately.

Steeped in our founding, Enlightenment virtues, Americans are well-positioned to learn and practice religious tolerance in our civic life, though it hasn't always been easy. For centuries, there had been no more deadly quarrel than between Roman Catholics and Protestants. It persists in churches and seminaries, but Richard Nixon finally wrote it out of our politics in 1960.

The dynamics are more complicated this year. People have been called bigots for agreeing with David Mason that Mormons, including Mitt Romney, aren't really Christians. That's because Romney's supporters feared the charge would hurt him with evangelicals. Some of the same evangelicals think Barack Obama, who came up in the mainline UCC, isn't a C

hristian, either. St. Santorum added a whiff of that ugliness to the GOP primaries. His ilk would probably erase my little denomination from the book of life as well. Remember, the Reformation ain't over till it's over. Do a Google on "antichrist," and see how many pictures of Obama and Benedict you get. For some conservative people of faith, and not as few as you may think, this is the first election in U.S. history in which neither man who wants to spend the next four years in the White House has a snowball's chance of spending eternity in heaven.