Man From Hawaii, Woman From Mars 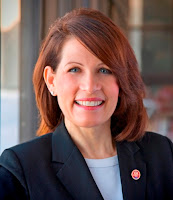 I'm among those who believe that President Obama should do nothing more to prove he's a U.S. citizen. The hospital where he was born in Honolulu has properly certified the blessed event. If he provided a massive corroborating file tomorrow, the Birthers would claim that rogue FBI agents had fabricated it in secret labs in the White House basement.

No, Mr. President, leave it alone. It's a no-win issue -- for Republicans.

Michele Bachmann is the latest likely 2012 GOP candidate to take the official Birther pledge. The coded language goes like this: "It's not for me to say that Obama was born in the United States and is a Christian. That's for him to say." It means she's read the new poll revealing that 51% of likely GOP primary voters believe the president's not a U.S. citizen.

Her difficulty is that at most 20% of Americans are living the fantasy, only 14% with any conviction. Those, presumably, would be Bachmann's eagerly sought-after primary voters. Say she (gulp) wins the nomination and is standing on a stage with the president and gets the Birther question. Does she repudiate the pledge and outrage her base or repeat it, thereby amusing, outraging, or even losing great swathes of the 86%?

Plus he'd get to say, "Michele, people tell me all the time you're from Mars, but I refuse to make a campaign issue out of it."
By Fr. John at 8:42 AM