[T]he Nixon foundation actually had a choice. It need not have entered into a library partnership with NARA. It had established its own library in 1990, one which held Nixon’s pre- and post-presidential records. It could have continued to maintain a privately administered library and museum, with full control of exhibits and public programs. It chose to partner with NARA in the federal library that opened in 2007. Second thoughts? Perhaps. NARA’s fault. No.

Sometimes, it seems to me as someone who once voted for him that an incredible amount of bad karma surrounds the Nixon records. Nixon made the mistake of recording his conversations, then seeking to suppress them or limit disclosures from them. His successors are required to turn over to the National Archives the records of high level governance. A lawsuit which could have been avoided forced into the open all sorts of details about NARA's handling of Nixon’s materials which otherwise might never have been exposed. The decision of an official associated with the Nixon foundation this year to refer to NARA’s Nixon library director as a candidate for administering an Alger Hiss library raised red flags and led me to decide to blog about my past experiences. Sometimes it seems like a never-ending story.

Second thoughts? An interesting question. As Nixon's chief of staff, library director, and legal co-executor, I was promoting the library's federalization within a year or two of his death in 1994. Members of the Nixon family opposed a 1997 settlement that would've 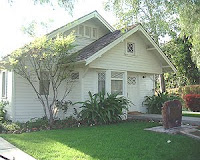 accomplished the handover smoothly, with some money left over for an endowment. After that fiasco, finally consummating a less advantageous marriage took another ten years and around $1 million in lobbyist fees.

Our motives for wanting to nestle under the wing of Mother NARA? It depended. Not everyone had an opinion about federalization. I and others believed it was vital to Nixon's historical legacy. Some family members and foundation board members who actively favored the handover were being practical. They were tired of raising money to run the private library, or they feared that donations would dry up when their generation was gone.

I can only remember one person who actively opposed the 2007 handover, an arch-conservative Nixon White House staffer who believed that federal employees, now and for all time, would be unable to treat Nixon fairly. Kathy O'Connor and I spent a long lunch pleading with him not to write a newspaper column calling on the library's supporters to join him in ending charitable contributions to the Nixon foundation. When we went ahead with the handover, which both Nixons' daughters favored, he took back his records for fear that they would some day fall into federal hands. As other former White House operatives have become more actively involved at Nixon's foundation, perhaps his is now the prevailing view. They've taken the lead role in opposing the government's new Watergate exhibit, for instance.

But although Nixon's restored birthplace seems frozen in 1913, the year of Nixon's birth, time passes as inexorably in Yorba Linda as anywhere else. Before long, the aides won't be there anymore, but the papers, tapes, and other historical materials will be. They are the Nixon library. If there is to be a restoration of Nixon's historical standing, which has been battered down even more by reaction to the latest tapes opening, it will be rooted in the work of scholars and researchers whose outlooks weren't molded by Vietnam and Watergate and all the bad karma (to use MK's apt language) that attended them. They will little note the rearguard scuffles that have occurred since his presidency and death. Instead, they'll consult the records, remember what Nixon did as well as what he said, and write their articles and books.

Nixon himself was a long-ball player when it came to his legacy. He knew it was in the hands of students and scholars as yet untrained or even unborn. Yes, we who knew him, and invested much of ourselves in him and his works for good or ill, may wish we could hurry up that long restorative process. We can't, though it's understandable if we try. But for whose sake are we trying, exactly -- his, or ours?

Great post, John. I left a response at my blog under the comment you left there. The ability to crowd source some of this and to do what in effect are real time oral history interviews is a great feature of blogging. I very much appreciate the ability to engage with you on these issues.