The Taming Of Religion 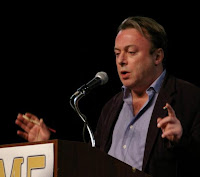 Christopher Hitchens believes in freedom of religion only if the sect in question promises to stay on the lawn without a leash. He's mainly talking about Islam in the U.S., but, if you read the whole article, he gets to pretty much everyone else:

Those who wish that there would be no mosques in America have already lost the argument: Globalization, no less than the promise of American liberty, mandates that the United States will have a Muslim population of some size. The only question, then, is what kind, or rather kinds, of Islam it will follow. There's an excellent chance of a healthy pluralist outcome, but it's very unlikely that this can happen unless, as with their predecessors on these shores, Muslims are compelled to abandon certain presumptions that are exclusive to themselves. The taming and domestication of religion is one of the unceasing chores of civilization. Those who pretend that we can skip this stage in the present case are deluding themselves and asking for trouble not just in the future but in the immediate present.