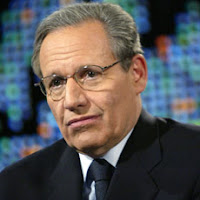 Russ Baker is a conspiracy-minded writer whose 2008 book about the Bush family stepped outside the bounds of believability and indeed propriety by hinting that George H.W. Bush had a role in President Kennedy's assassination.

But Baker also poses questions about the military and intelligence communities' actions during the Nixon administration that deserve more attention that they've gotten from mainstream scholars. This piece of the Watergate puzzle doesn't have to be the whole picture, but it deserves to be part of it.

Yet anyone who writes about it at all, such as Baker, Len Colodny, and James Rosen (who's still waiting for a New York Times review of his painstakingly researched study of John Mitchell, John Dean, and Watergate), runs the risk of being called a noncanonical outlier. Former Sen. Gary Hart reprimanded the late Peter Rodman, a respected Kissinger aide, for even raising the issue of detentenik Nixon's hawkish institutional foes.

So in the vein of a beggar not being too choosy, here's an excerpt from a Russ Baker blog entry about the cozy relationship between Watergate reporter Bob Woodward (shown here) and the military establishment:

Bob, top secret Naval officer, gets sent to work in the Nixon White House while still on military duty. Then, with no journalistic credentials to speak of, and with a boost from White House staffers, he lands a job at the Washington Post. Not long thereafter he starts to take down Richard Nixon. Meanwhile, Woodward’s military bosses are running a spy ring inside the White House that is monitoring Nixon and Kissinger’s secret negotiations with America’s enemies (China, Soviet Union, etc), stealing documents and funneling them back to the Joint Chiefs of Staff.

That’s not the iconic Woodward of legend, of course — so it takes a while for this notion to settle in the mind. But there’s more — and it’s even more troubling. Did you know there was really no Deep Throat, that the Mark Felt story was conjured up as yet another layer of cover in what became a daisy chain of disinformation? Did you know that Richard Nixon was loathed and feared by the military brass, that they and their allies were desperate to get Nixon out and halt his rapprochement with the Communists? That a bunch of operatives with direct or indirect CIA/military connections, from E. Howard Hunt to Alexander Butterfield to John Dean — wormed their way into key White House posts, and started up the Keystone Kops operations that would be laid at Nixon’s office door?

John, I'm disappointed that you would tell us the author you discuss "stepped outside the bounds of believability and indeed propriety" on a book about the Bush family and then suggest that we believe Bob Woodward got his job at the Post because of White House contacts. Then you quote Baker as saying that the military brass "loathed and feared" Nixon. You use your credibility and good reputation to allow Baker to say things that remind me of the things people are saying now about Obama. I don't like to hear those things when they're talking about my guy (Obama) or yours.

Thanks, Bebe. As I've written before and write here, everything Baker says must be viewed in the light of his bizarre assertions about GHWB. There's independent evidence that someone at the WH put in a good word for Woodward with the Post. Whether the military loathed Nixon, they feared his allegedly dovish policies, which is why (as many writers have noted, and as Woodward first reported in 1974) the chairman of the Joint Chiefs spied on him and Kissinger.