Clapping For A Seal 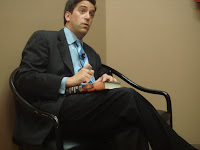 [N]ot all Nixon historians support release of his testimony. James Rosen, author of "The Strong Man: John Mitchell and the Secrets of Watergate," says not enough time has passed as it had in the Hiss case when the main figures were long dead.

"In this case, President Nixon's chief accuser — John Dean — remains very much alive," said Rosen, a correspondent for Fox News. "The court should wait until all participants in Watergate have died before making public the testimony that President Nixon gave willingly and with the assurance that it would, like all grand jury testimony, remain sealed."