The LA Times And The New Nixon Records 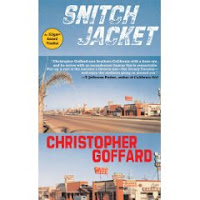 From the LA Times’s Christopher Goffard, more misleading reporting about the Nixon Library:

The library opened in 1990 as a privately run facility in the hands of Nixon loyalists, containing only his pre- and post-presidential papers and featuring a Watergate exhibit, widely ridiculed by scholars, that portrayed the scandal as a “coup” hatched by Nixon’s enemies. The exhibit has since been dismantled.

“The strength of our democracy is that these kinds of documents get preserved, and they are released, whether or not they shed good light on the government,” Naftali said. “In many countries in the world, these documents would have been destroyed. We’re pleased we can make these documents available and others can judge.”

So the opening of the federal library in Yorba Linda, with its new spirit of openness, means more records are coming out, right? Isn’t that the message these paragraphs seem designed to convey?

If so, Goffard’s intimation is false. Access to Nixon White House records has never had anything to do with whether the Nixon Library was federally run. The opening of thousands of hours of tapes began in the mid-1990s under a settlement negotiated by the feds, University of Wisconsin professor Stanley Kutler (who had sued to have more records opened before President Nixon’s death in 1994), and the Nixon estate. There hasn’t been a tapes opening for several years — not because of who’s running the library but because of myriad challenges facing government archivists who are in charge of preparing the records for public listening.

As for the Nixon family, foundation, and estate, they have taken many steps over the years to clear the way for the opening of records. Even when the government wants to open non-governmental records still belonging to the Nixon Foundation, such as RN's so-called wilderness years records from 1962-68 or Mrs. Nixon's files, we have readily agreed.

Why did we decide to push for the library's absorption into the federal system in the first place? So that all the records would be in one place (in an archives addition now under construction in Yorba Linda) and so President Nixon’s library would be run in the same way as the libraries of his modern predecessors and successors.

We hard bitten, secretive Nixon loyalists have been Goffard’s targets before, such as when Watergate reporter Carl Bernstein visited Yorba Linda in October 2007 as a guest of the federal library and the private Nixon Foundation. As I wrote earlier this year,

Goffard…[reported in 2007] that Bernstein had long been an “arch-villain” who “elicited special loathing” at the private Nixon Library.

The evidence for Goffard’s attacks? You guessed it: Our old Watergate exhibit, which, Goffard wrote, “falsely accused” Woodward and Bernstein of wrongdoing. It’s certainly true that the exhibit (written by a diligent and highly ethical political insider, Bob Bostock) contained a quotation about “Woodward and Bernstein’s failure to address any of the ethical deficiencies of their investigative reporting, including offering of bribes, illegally gaining access to telephone numbers, and talking to members of the grand jury.” But was this the work of a snarling Nixon partisan? Not hardly. The quote came from The Wars of Watergate by historian Stanley Kutler. A reliable critic of the late President, Kutler was praised for his book’s meticulousness by the late Arthur Schlesinger Jr. and Pulitzer Prize winner Seymour Hersh. Just to be perfectly clear, this means Christopher Goffard has called Stanley Kutler a liar.

Reviewing Goffard’s novel Snitch Jacket, “Publisher’s Weekly” said he “has a keen ear for telling detail.” In my experience, his reporting has been a bit too novelistic.

When he called me for a quote back in March 2007, when we authorized the government to remove the old Watergate gallery, I could tell he wanted me to wax miserable about the lost exhibit. He kept asking me how I felt as it was being destroyed. It was an excruciating conversation, because he already had my line of dialog written. He just had to figure out how to coax it out of me.

Snitch Jacket is advertised as a romp through the seamy side of Orange County. For the author, that obviously includes me and my colleagues. I’ve ordered a copy in the hope of figuring out why he seems so obsessed with turning a small band of admirers of President Nixon and his transformative work as a statesman into cardboard characters in one of his yarns.