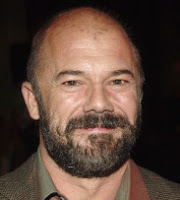 Responding to Matt Labash at "The Weekly Standard," Andrew Sullivan denies that "I have 'advance[d] conspiracy theories that [Sarah Palin] is not the biological mother of Trig.' I would ask Labash to explain what conspiracy theory I have advanced."

That's easy: Right here. Does he really think no one remembers? In August 2008 a blog that evidently got the idea from an episode of "Desperate Housewives" claimed that Palin wasn't really the mother of her son Trig. Without checking the facts, Sullivan used his Atlantic Monthly Group-published blog to advance, or, rather, catapult the story into national prominence.

The originating site retracted the story almost immediately, but it was too late. By conferring respectability on the lie, Sullivan single-handedly made it the most effective libel of the 2008 campaign. His continuing demand that Palin provide proof that she is the mother of her child is the moral equivalent of the absurd, harassing demands of the Obama birthers. His flagrant journalistic lapse will mar his reputation forever.
By Fr. John at 11:19 PM