From Emergent To Empire Blue Shield 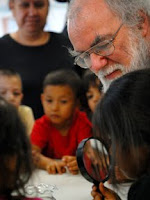 Diana Butler Bass sees the troubles in the Anglican Communion not in terms of right vs. left as much as grassroots vs. elites:

For centuries, faith was top-down: Spiritual power flowed from pope to the faithful, archbishop to Anglicans, priest to the pious, pastor to congregation. This has changed as regular people confidently assert that spirituality is a grassroots adventure of seeking God, a journey of insight and inspiration involving authenticity and purpose that might or might not happen in a church, synagogue or mosque. Spirituality is an expression of bottom-up faith and does not always fit into accepted patterns of theology or practice. Fearing this change, however, many religious bodies, such as the Anglican Communion, increasingly fixate on order and control, leading them to reassert hierarchical authority and be less responsive to the longings of those they supposedly serve. And that will push religion further into its spiral of irrelevance and decline.

The New Testament and early non-canonical writings are fraught with a comparable tension between the orthodox church and its failed rivals. Experts think that among the Gnostics' alleged heresies was their idea that God's salvation was as near as one's own faithful heart. Who needs a church for th 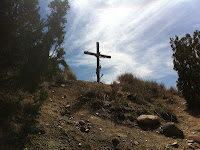 at? The Reformation also grasped from the grassroots, as does today's emergent Christianity. Bass doesn't call for the church's de-professionalization, but our doctrines do. We proclaim that all the baptized are called to priesthood and equality and mutuality in the body of Christ. My ordained sistren and brethren and I are theoretically temporary, like socialism on the way to communism and wilderness on the way to the promised land -- though Elaine Pagels, an authority on Gnosticism, does note that without the institutional church, Christianity probably wouldn't have survived Christ by more than a few generations.

As through the brass darkly, we can glimpse a more democratic church. Near the end of our Good Friday service at St John's, two lads in sneakers walked into the middle of our solemn liturgy carrying a rough, splintery cross and planted it in front of the altar. We ministers took off our vestments and clergy collars, tossed it all in a heap, and invited everyone to join us at Golgotha. Come inside the altar rails, we urged them. Come claim the place at the foot of the cross that belongs to 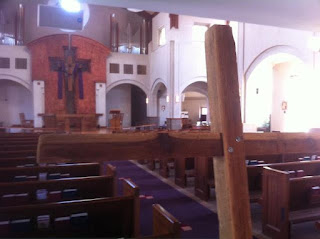 you, for good and for shame. "No need to wait in line. Just crowd up here. It's not an altar anymore," I said. "It's just wood that's been nailed and glued together." We rearranged the ministers' chairs in a circle and stacked our prayer books and hymnals on the bare table. Some sat on chairs or the floor; others stood, just as people did one afternoon while watching Jesus suffer. Huddled within the sanctuary, we 60 witnesses put our arms around each other, said a few more prayers, ate up what was left of the consecrated sacrament, and went home.

Like most spiritual leaders, a priest wears a special outfit and game face and carefully observes liturgical forms. For a few moments on Good Friday, I felt the peace of being a companion and fellow witness. Since then, it's been back to the work of the ordained and professionalized in the complex institutions our churches and schools have become -- board meetings, worship planning, preaching and teaching, visiting and comforting the afflicted, budgets, phone calls and e-mails, mass communications, diocesan work, and never-ending due diligence. Might God and we evolve spiritual communities where all responsibilities and competencies are shared by volunteers? The professional pastor is called to mediate the empowerment of the laity to the full extent of their gifting. It would be harder to do without us entirely (though the LDS, with its non-stipendiary ministries, may be a model). Even at new, emergent communities, hierarchy will be an inevitable temptation. A moment must always come when a devoted volunteer finds she's spending so much time on the grassroots adventure of Christianity that she asks if at some point she might get dental.
By Fr. John at 7:09 PM