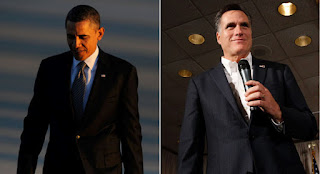 Talk about burying the lead. Here's how Zach Beauchamp put it at The Dish: "So Santorum up and left, taking with him the last vestiges of interest in the GOP primary." The other way to describe today's events is that Mitt Romney has just won a dazzling victory and set the stage for an American classic.

After the tea party-driven GOP surge in the 2010 elections, it was a foregone conclusion that the far right would dominate the 2012 cycle. Yet all its champions left the arena or were defeated by the establishment choice, the so-called Massachusetts moderate: Palin, Huckabee, Bachmann, Perry, Cain, Gingrich, and now Santorum. If the GOP has a "fundamental problem" with dominance by the right, as Beauchamp says and so many pundits have been insisting for months, why has the candidate conservatives liked the least been able to wrap up the nomination by early April?

The obvious conclusion is that, assuming Romney loses in 2012, the candidate best positioned to win the GOP nod next time around will be someone with Santorum-esque views with an extra dollop of political talent.

But lack of charisma was never the GOP's problem. It had many talented conservative candidates. Romney demolished them all. Assuming that Romney will lose is also premature, not only because it's April 10 but because Real Clear Politics' composite poll shows him running only 5.3% behind Barack Obama, another stunning achievement given how bruising the primaries have been.

But who's congratulating Romney tonight? Not Democrats, who know he's Obama's least desired opponent. Not conservatives, who never wanted a moderate standard 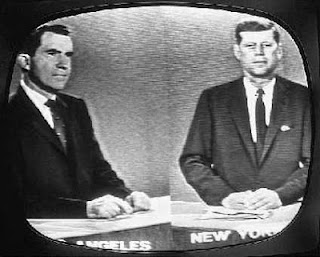 bearer nor even, I suspect, a Romney presidency to the extent that he would reposition his party closer to the center by forging new center-right coalitions in the country and especially on Capitol Hill. While moderates who think he's just been pretending to be conservative are happy, we don't know for sure if their optimism is warranted.

So is Romney moderate or conservative? To me he seems relentlessly opportunistic (which helped him beat all those conservatives) and non-ideological, a throwback to the days of the country club Republican. His cool temperament and refusal to be pigeonholed remind me of the other pragmatic Republican in the race: Barack Obama.

In the fall election (which began today), party propagandists will spend millions calling Romney a wealthy, far-right wing nut and Obama a socialist. But little if any of that mud will stick, and not only because Romney can't very well run against Obama's big-government health care bill (which was patterned on Romney's) nor Obama against Romney's coziness with fat cats (which isn't that much cozier than Obama's). Voters are smart enough to know that both candidates are steely, smart pragmatists. Obama and Romney are primed to give us the hardest fought, most substantive, and possibly closest presidential race since 1960 -- and that's worth celebrating.
By Fr. John at 6:37 PM