It Was Just What Happened 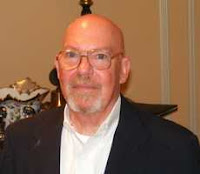 The March 1968 massacre at My Lai of between 347 and 504 civilians, the majority older people, women, and children, is the darkest chapter of the U.S. effort in Vietnam. The communists systematically did worse, slaughtering up to 6,000 civilians and POWs at Hue around the same time, but that can't excuse what we did. This week William Calley, the only officer or soldier convicted of crimes at My Lai, including those whom Calley accused of giving the order to open fire, spoke out for the first time since his court martial:

When asked if obeying an unlawful order was not itself an unlawful act, he said, “I believe that is true. If you are asking why I did not stand up to them when I was given the orders, I will have to say that I was a second lieutenant getting orders from my commander and I followed them — foolishly, I guess.” Calley then said that was not an excuse; it was just what happened.