In the middle of the first century, within about 20 years of the death and Resurrection of Jesus Christ, the great apostle Paul of Tarsus wrote these words to a community of Christians living in Rome [Rom. 12:14-21, NRSV]:

Bless those who persecute you; bless and do not curse them. Rejoice with those who rejoice, weep with those who weep. Live in harmony with one another; do not be haughty, but associate with the lowly; do not claim to be wiser than you are. Do not repay anyone evil for evil, but take thought for what is noble in the sight of all. If it is possible, so far as it depends on you, live peaceably with all. Beloved, never avenge yourselves, but leave room for the wrath of God; for it is written, "Vengeance is mine, I will repay, says the Lord." No, "if your enemies are hungry, feed them; if they are thirsty, give them something to drink; for by doing this you will heap burning coals on their heads." Do not be overcome by evil, but overcome evil with good.

I remember how overcome by evil I felt that morning, and those weeks, and all those months. Almost all of us remember. The smoke and fire. The faces of the missing, lost, and fallen. The anxiety about what might come next. Many people felt a parchedness of the spirit, even the temptation to perceive God’s silence, indifference, or absence.

Then there was the rage. Do you remember feeling the rage?

Imagine St. Paul coming to town in the weeks after Sept. 11, preaching his bold sermons about blessing those who persecute us. A considerable number would have stood up in church and assured Paul that that vengeance wouldn’t be God’s anywhere near as soon as it would be ours.

If we feel more secure on this anniversary than we did five years ago or nine years ago, it’s because of the methodical, bloody work undertaken by United States military and intelligence services against al-Qaeda and the Taliban. They haven’t eliminated the threat, but they’ve reduced it.

We may not call this vengeance. We may call it a just and proportionate response to the evil our enemies have done.

Yet I will tell you – I’m not proud, but it’s true -- that my heart leaped with satisfaction at the news, which came not long after the joy of Easter, that Osama bin Laden had been killed by an American who pulled the trigger in that compound in Abbottabad and shouted, “For God and country.”

We pause to thank all the men and women who protect us – those who by their diligence and valor have purchased the blessing we enjoy this afternoon of remembering and reflecting in freedom and in relative security.

Yet we Christians still have to contend with St. Paul. Pacifism may be your witness. Perhaps it should be mine, but it isn’t. 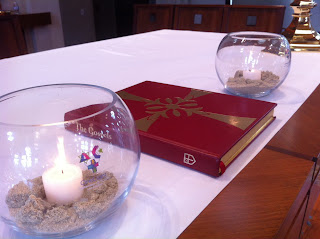 But how do the faithful do violence?

Can we love and kill our enemies at the same time?

Are we too prone to mistaking our neighbor for our enemy?

What risks do we run by insisting that we are wise and holy enough ever to extend the arm of God’s own justice?

Can you imagine what it was like back in the day -- the fear and mutual suspicion, the scapegoating and the name-calling?

As a matter of fact, you probably can – if you remember the aftermath of Sept. 11.

If we are to achieve justice without vengeance – if we are to act as God would have us act so far as it depends on us – then the call of the gospel is to a relentless discipline of humility and forgiveness. Angry and hurt as we may be, whether in our national life or our daily lives, these virtues are supposed be our default settings.

Paul went so far as to imagine an improbable Roman paradise in which Jews, Christians, and pagans set aside their enmity for the sake of their humanity – a paradise he understood would be populated one proud, reluctant soul at a time.

Today, Paul might well promote harmony among Jews, Christians, Muslims, and all believers – even harmony between Democrats and Republicans.

My wife, Kathy, and I have attorney friends named Harry Waizer and Karen Walsh. Harry grew up in Brooklyn as an orthodox Jew. Karen grew up Roman Catholic in Westchester County. Many of their family members bo 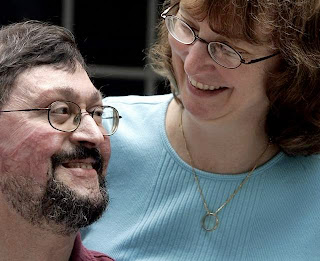 ycotted their wedding. Their Jewish and Catholic mothers shunned one another.

Harry worked for Cantor Fitzgerald in the World Trade Center and was burned by jet fuel over most of his body after the terrorists attacked. He was in a coma for weeks. Doctors gave him a 5% chance, but he beat those odds, and he’s back at work.

A few weeks ago, Karen told us about the night in late September 2001 when she arrived at the hospital after a long day of working and caring for their children. Walking down the darkened hall toward Harry’s room, she saw two small figures walking ahead, hand in hand.

If you knew instinctively that the two figures were Harry and Karen’s mothers, then you already have a profound understanding of the glory of which humanity is capable, the fellowship, joy, and peace to which we are all called by our Creator.

Karen said that she worried that if Harry had awakened as his two mothers leaned over him, their worried faces looming side by side, he would have assumed that he was dead.

Harry didn’t have to wait that long. Neither do we.

I made these remarks at an interfaith service at St. John's Episcopal Church and School in Rancho Santa Margarita on the afternoon of Sunday, Sept. 11.
By Fr. John at 6:19 PM